Disclaimer thingy: The things I'm saying are my opinions, you can disagree, but there is no use in attacking me. I only respond to politely stated comments.

The netizens have awoken and reunited, people who haven't shown their face in forever have resurfaced and collectively flooded Facebook and many other places with comments expressing their opinions:
Racist!
Childish!
Sellout!
Those are only some of the thoughts that have been expressed by netizens. But what is it that caused this major uproar? Well, strap in and prepare yourself for a ride because the unimaginable has happened: Avril Lavigne has released a new video clip!

I know right? Very shocking. But since there has been so many reactions all over the place and I could hardly partake in all the conversations, I'm going to revive this blog instead and express my opinion in a different way than usual.

First of all I would like to wonder, is it really such a surprise? I've seen many people react with absolute shock to the appearance of this video. But the more I think about it, the more predictable this video seems to be. After all, here we are, talking about a girl who I haven't heard of since 2008 (that's 6 years ago). Her popularity has been decreasing in the western countries, while she is still going strong in Japan. She's covered songs for One Piece, and sang some of her own songs in (partial) Japanese and the fans there love it, because American pop music is just the shit in the Asian part of the globe.
So, considering that your home base isn't providing well, and there's this country all to willing to embrace you as an artist, what would any professional singer do? Right, sing songs to cater to that country. And that is what Avril Lavigne did. She made a song for her Japanese fans.

While we keep this information in mind, let's revisit the accusations that are thrown her way. So first of all, is this video racist? When I first looked at this video, the word honestly didn't really pop in mind, but that's just me, so I decided to look what other people had to say on the topic. In general the consensus seemed to be that it was racist because of the stone faced Asian girls dancing in the background, the overly colorful settings and props, and the poor use of Japanese.
This made me wonder, are these things actually racist? How do I determine such a thing? Well, first of all I went to Dictionary.com and looked up Racism, just so I knew what  I was talking about. This is what popped up:

So let's break this down. Does this video have anything to do with inherent differences among various races? Does this video make one race appear more superior to the other? In my experience it doesn't. Does this video discriminate between those who are Japanese and those who aren't? Doesn't seem like it? Is there hatred or intolerance of a race? Didn't pick up on that either.
To be fair though, I think the main issue people had was with how Japan was depicted in this video. But is it really that bad? Is it really worse than what most Jpop idols do in their videos? Just imagine that this video had a Japanese idol in the spot where Avril is. Do you think that people would still complain about it not being an accurate representation of Japan? According this article it's somewhat realistic anyways. 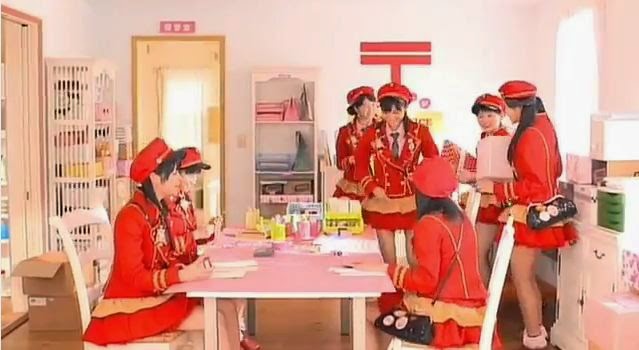 I'm sure that's what the Japanese postal services are like.

Another part that people seem to have an issue with is he pronunciation. But is that racist? I dare say that if I were to sing a song in a language I don't speak I wouldn't pronounce the words very accurately. Kpop artists who do Japanese covers of their songs often struggle with this problem, even if they have been educated in the language. Is that something to get angry about? Sure, maybe Avril could have put some more effort into her pronunciation, but I think that most of her Japanese fans will already be happy with the fact that she's trying. And at the end of the day, those are the people she's catering to. Not the critical Jpop fans that think that nothing but perfect pronunciation suffices. And let's be fair, pronouncing Japanese correctly is quite the task for most native English speakers. And the Japanese aren't always very talented at English either. 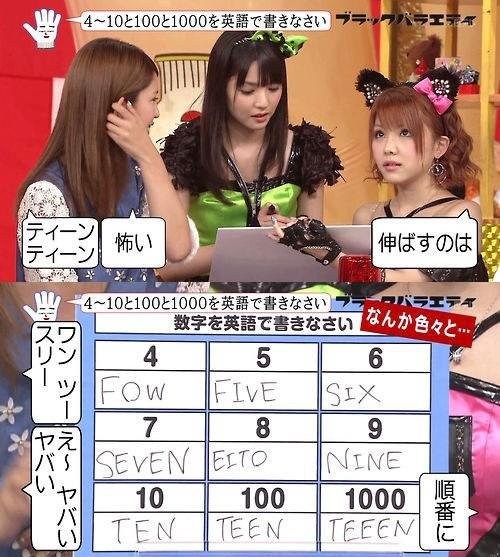 Then, the last 'racist' aspect of the video. The girls dancing in the background. People have somehow decided that it's racist to have 4 Japanese girls dancing in the background with blank expressions. I haven't yet figured out how this logic works. But let me just tell you that there is such a thing as Harajuku girls in Japan, and they are quite common.

Now lets move on to the second accusation that has been thrown at Avril's head. It was said that she is behaving childish, and does things in this video that no 29 year old should. First of all I would like to respond with the following:

Because really, why should you care? Why do we have to behave a certain way just because of the amount of years we have walked around on this earth, and in what way does it affect anyone that Avril doesn't stick to those rules in this video. With racism I could understand how it could be an issue if she was spreading hatred. But I really can't see the harm in acting childish in a video. It doesn't seem like something you should get your panties in a twist over. I thought I left behind the teenage phase where everyone wants to appear to be adult and grown up anyways.
Secondly though, I would once again like to gesture at all the Japanese idols that behave childish without being judged. And let's not forget that this video was targeted to the Japanese audience who probably don't care and are used to it.

The final accusation that was being shouted around was that Avril was being a sell-out by doing this. That she was just profiting of the fact that she has many Japanese fans and is trying to get money out of this. And well, it's probably true. But the same is true for most of the entertainment industry we know. Every entertainment company in Asia that I'm familiar with does anything they can to make more money. It's never about showing off talent, or the artists having a good time with their fans. It's all about money, and same goes for most artists in America. It's nothing new, many would do the same in Avril's situation, and it's really nothing to get worked up about without trying to change the whole entertainment industry.

Totally not doing it for the money.

So, now that I have cleared these things out of the way people might ask me, "So you think this video is actually good?" And to those people I will say no, it sucks. The lyrics are poor (just like with most pop music), the music sucks and the video hurts my eyes. There is no way I will ever enjoy this video and I don't want to imply that anyone should. All I want to say is that instead of bitching and pretending it's the most offensive video in the world, we should just treat it the same way we treat all bad music. Ignore it as much as we can and hope the hype blows over sometime soon.